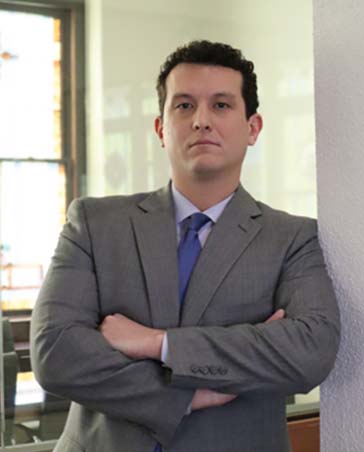 Ryan Polchinski is a litigation attorney who focuses on personal injury law. Honest and outgoing by nature, his goal is simple: to treat each client with respect and obtain the outcome they want. By giving his clients an understanding of their legal options, Mr. Polchinski’s advice helps them make informed decisions in the best interest of themselves and their families. Before the age of 30, Mr. Polchinski was honored to have an opinion published by the Court of Civil Appeals of the State of Oklahoma (Estenson Logistics et al vs Hopson , 2015 OK CIV APP 71 , 357 P.3d 486.) – a considerable achievement for any litigator.

Mr. Polchinski grew up in Central Texas, just outside of Fort Hood Army Base. While attending undergraduate college in Dallas, he met his wife. As a student, he interned with several law firms, was a member of the Sigma Chi Fraternity and played varsity lacrosse for four years. After earning his undergraduate degree, Mr. Polchinski attended OCU Law School. During this time, he clerked and interned at The Law Offices of Dan Davis and was hired as an associate attorney shortly after graduation. Mr. Polchinski has been with the Law Offices of Dan Davis since 2011.